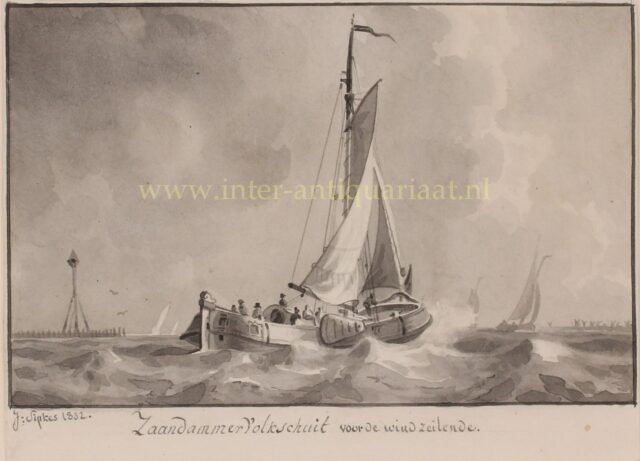 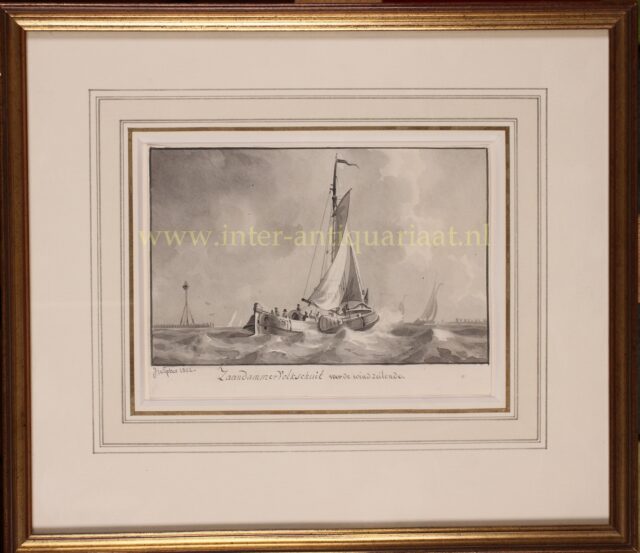 A volksschuit or trekschuit [literally “tug-boat”] was a sail- and horse-drawn boat specific to the Netherlands, where it was used for centuries as a means of passenger traffic between cities along trekvaarten, or tow-canals.

By 1700 an extensive network of trekschuit- and ferry services linked all of the important cities in the coastal provinces of the Netherlands. Travel by trekschuit was reliable, comfortable and cheap. The speed was about 7 kilometers per hour, which was faster than walking, and more comfortable than by coach.

The old tow-canal system that were once busy trekschuit routes, became obsolete with the advent of the railway in the mid-19th century, many of which were first built alongside the canals because they were assumed to be the most profitable routes.